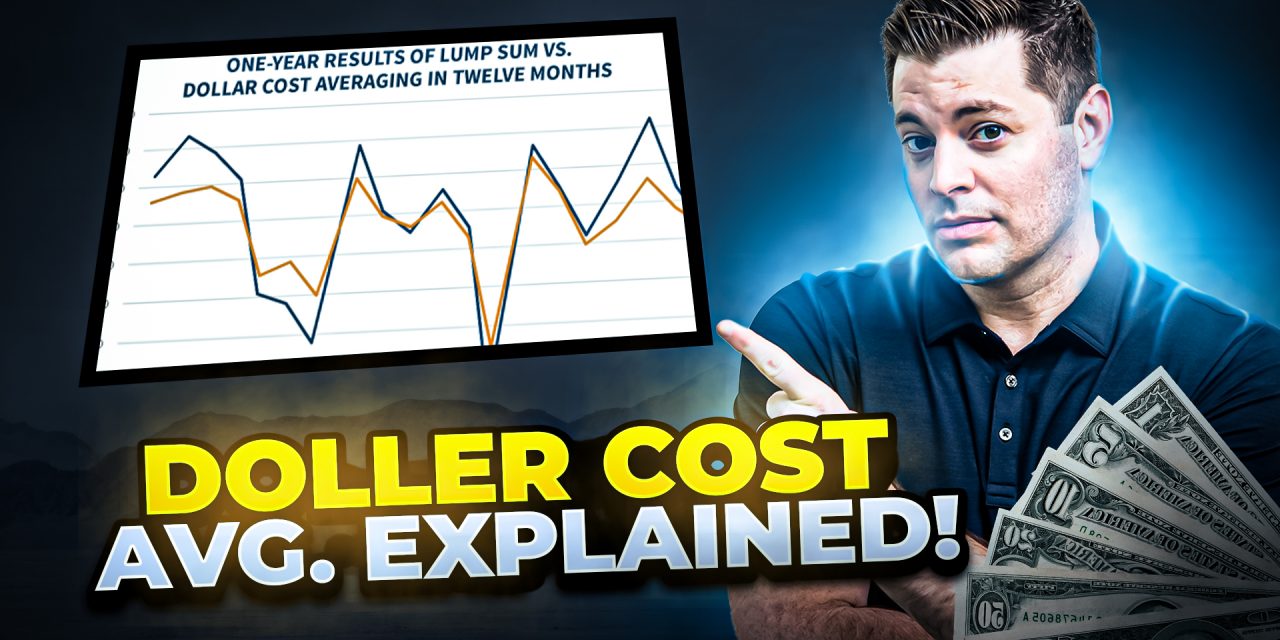 Hey everyone, I hope that life is treating you well, and that you are out there and making some fantastic money decisions. I wanted to make this quick video to talk to you about a concept that is often discussed. And that is dollar cost averaging.

So what I’ve done is actually shown you with a very, very simple example, how dollar cost averaging compares to some other ways that people may choose to invest. Now, granted, this is YouTube, this isn’t for, you know, the CFA charter level coursework.

It is very simple on purpose, because the idea is to illustrate a concept, not going deep into the weeds, about different investment strategies and methodologies. Because what we want is to show people how just basic discipline and good investor behavior can actually be a winning strategy over the long term.

What I’ve done is I’ve put together a very quick example, to show you how dollar cost averaging can work.

What we want to talk about is the concept of dollar cost averaging. And dollar cost averaging is a pretty generic, it’s a term or a phrase that’s used all the time. And basically, it refers to the process of consistently putting dollars to work in the market, despite fluctuating share prices.

This is not the same thing as trying to time the market is simply saying I have X dollars to invest.

What I want to do in this video is to show you a simplified example of how this works, and also how staying disciplined and consistent can actually be a superior strategy to some of the other fluff that you may hear or read about, especially as it relates to market timing.

So I want to start out with just simply using a very generic example and I’ve got my good friend at the top here you’ll see I’ve got DC Dave here. So DC day dollar cost averaging Dave, Dave is willing to invest his money to the XYZ fund. At right now the XYZ fund is trading at $50 per share, and he’s got $5,000 to invest and he’s going to equally spread this out over a period of time.

Well, as you can see, it continues now XYZ enters a bear market. It’s now trading $40 a share. It’s 20% off of its previous high of $50 per share. But Dave is undeterred.

So you can see through this entire time, Dave has continued to invest his dollars. He now owns 105.4 shares of the XYZ fund. His total investment was $5,000. He’s averaged $47 point four cents per share that he’s purchased. So he’s average purchase price over time is a little less than where he originally started at $50 per share, and definitely where he started at $55 per share.

Dave, if we look at investing from a standpoint of accumulating assets, right, Dave over time has accumulated 105.4 shares, pretty simple concept, easy to understand. Alright, so now let’s look at how they does versus someone else.

And so this other investor, I call him Carl goes to Cash. He’s a great guy. However, when the market gets dicey, Carl always wants to run he wants to stop investing. And so Mr. Goes to cash sheet starts out. We’re also using the XYZ fund starting out at $50 per share, Carl feels great. He’s investing $1,000 He gets his 20 shares. Well, XYZ fund we know from the example with Dave XYZ fund loses roughly 10% normal market correction, Carl doesn’t like it, but he continues to invest.

He has $1,000 at $45 per share, he gets his 22.22 shares. Well remember, XYZ fund went into a bear market and so XYZ fund lost 20%. Well, Carl did not like that Carl was very nervous, very upset about the market was not excited about putting any cash to work.

So he decided that he was not going to invest any more money. Well, we remember XYZ had a sharp recovery, it bounced back very quickly, Carl still didn’t feel good about where things were, it was still a little bit too much volatility for him. So he also passed on the next round at $50 per share, even though he had previously up here, purchased at $50 per share.

So finally, when we finally see that price breakout at $55 per share, Carl feels like XYZ fund has had Dog Days, now he’s feeling good about investing again. So he decided to take his entire amount, the $3,000. So his previous rounds of $1,000 that he did not invest that he kept in cash, and the this rounds $1,000. He’s got $3,000 Total to invest and $55 per share.

He buys 54.55 shares, and curls total share count now is at 96.77 shares for an average cost per share $51.67. As you can see, if we just stopped there and we looked at Carl versus Dave, Carl has 96.77 shares and Dave has 105.4 share. So Dave, just by staying diligent and not going to cash it and not trying to time the market. If we’re talking about accumulating assets, Dave has more shares than Carl just by being disciplined and staying patient.

Now let’s look at another strategy. Big Val. Big Val is the kind of investor that looks for opportunities and understands that market volatility downside volatility, especially present opportunities.

Here’s the cool thing though by being opportunistic. Again, if we’re talking about accumulating assets, Val has 117.22 shares–more than DC Dave and more than Carl goes to cash. But we’re not done.

One more type of investor my friend lumpy we had a friend growing up his nickname was lumpy. Lumpy is local guy so I think of him when I when I sketched this out, but lumpy decided you know what? I’d got $5,000 to invest. I like XYZ fund at $80 per share. I’m just going all in I’m not going to mess around with the time or the dollar cost averaging.

Again, if we’re talking about accumulating assets, who came out the best at the end? We’ll start all the way back with Dave. Dave went through the dollar cost averaging method; Dave has 105.4 share. So Dave has 105 shares.

Mr. Goes to cash, Carl, he has got 96.77 shares, right? See his total shares is 96.77 shares. Big Val has the most shares 117.2  shares. So, big Val was opportunistic when the markets pulled back, and  Big Val is accumulating more assets at a lower cost per share.

And then lumpy at the end has 100 shares. So the person who ended up with the fewest amount of shares was the person who was getting out of the market when the market got dicey or stopped investing their dollars. Alright, so now you can see that different types of investors will always try to do different things because that’s, that’s what makes markets dynamic.

Everybody’s trying their own way and trying to do things that they think is best for them, or invest in a way that they think is a superior way to invest. And we could talk about more of those different types of investing strategies.

Because that really takes an unbelievable amount of skill. And most research has shown over time that very, very, very, very few, if anyone can actually do that consistently over time. Our emotions can get the best of us and make it very challenging for us as investors.

They should also be in alignment with your time horizon. So those are some other things we’ll talk about at another time. But hopefully, the idea of dollar cost averaging makes a little bit more sense now. Thank you for watching, and if you haven’t, take a moment, subscribe to the channel. We’ll talk to you next time. 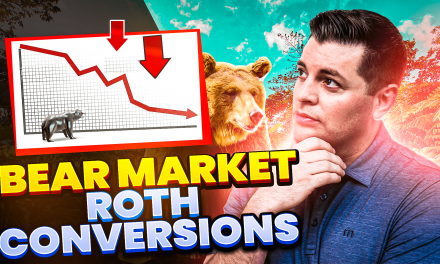 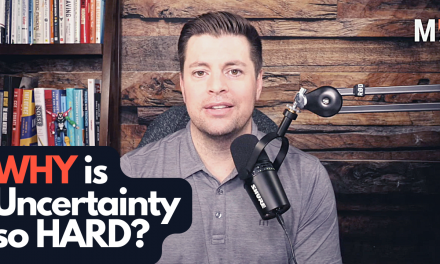 Why is Uncertainty so Hard for Investors? 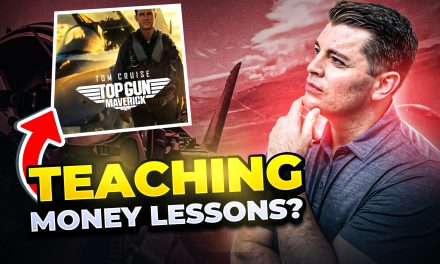 Can Maverick Teach You to be Better with Money? 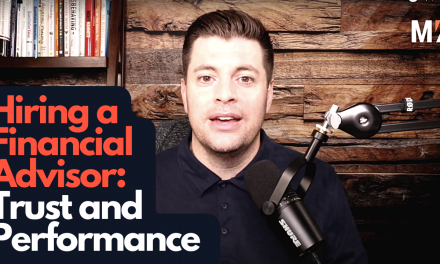